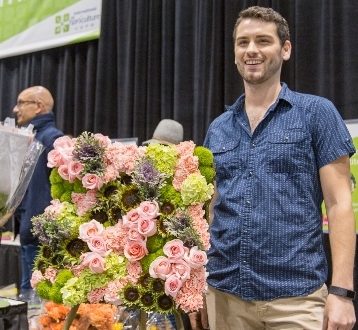 Ten designers from around the country were tasked with creating a masterpiece in just 20 minutes in an “Iron-Chef style” competition using floral foam tiles from Oasis and flowers provided by Ball while competing for the title of Iron Designer champion.

The judges selected Corey Rader of FreshBlooms and DVFlora as the 2017 champion and he took home the trophy for Iron Designer after blood, sweat, and even some stitches – what a true champion! 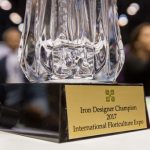 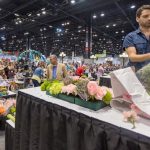 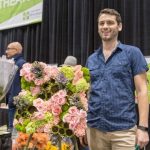 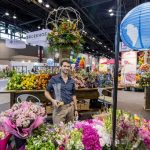 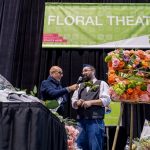