Chicago, IL (July 14, 2016) – The International Floriculture Expo wrapped up last month at McCormick Place and brought more than 5,000 floral and produce industry professionals from around the globe to the Chicago area. The most anticipated event was the Iron Designer Competition, which takes place live in front of a cheering audience, where Adam Havrilla of Artistic Blooms in Chicago earned the title of this year’s champion designer.

The lively competition featured ten floral designers selected from around the country in a challenge that tested their skills and creativity. Guided by the theme, “Still Life: Fusion of Produce and Floral,” designers raced against the clock with just 20 minutes to choose from an array of floral products unveiled shortly before the competition. Competitors created innovative displays inspired by 17th century European still life paintings. The occasion was emceed by Pieter Landman and Jacob McCall AIFD.

“For centuries, floral designers have included very elaborate floral and produce elements as depicted in still life paintings. Our competitors were challenged to bring this concept into the modern day world of floral design. The results were stunning,” said Christine Salmon, Event Manager for the International Floriculture Expo.

“It was an amazing experience to share the stage with the other designers during a very quick paced competition. It was truly an honor to have won the 2016 Iron Designer Competition!” said champion Adam Havrilla.

Audience members were also able to vote on the new International Floriculture Expo App for a “Crowd Choice” favorite, which went to Laura Daluga of Department of Floristry in Ann Arbor, MI.

A vast assortment of American-grown flowers was provided by Ball. Collections of vases and floral tools were provided by Syndicate Sales and Oasis Floral Products. Produce commodities, including berries, lettuce, eggplants and peppers utilized by the competitors, were provided by California Giant and Mucci Farms, both exhibitors at the co-located United Fresh Show. Remaining flowers and hard goods from the competition were donated to Random Acts of Flowers and Habitat for Humanity’s ReStore Chicago. 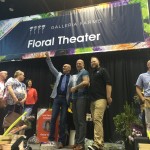 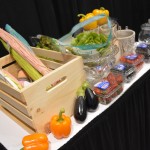 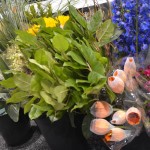 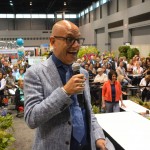 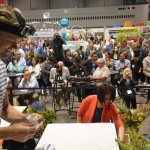 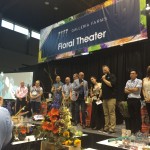 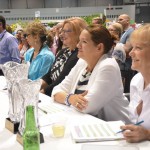 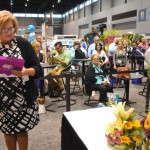 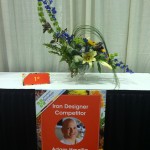 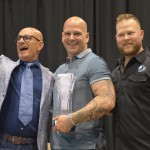 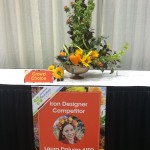 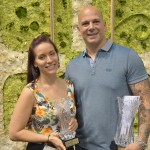 Danielle has been working in Marketing for 3 years on some of the biggest trade shows in North America. She has experience in connecting buyers and sellers through creative sponsorships and advertising packages in several different industries. While this is only her second year working on IFE, she is excited to keep learning about the floral industry and all the people who make it great!